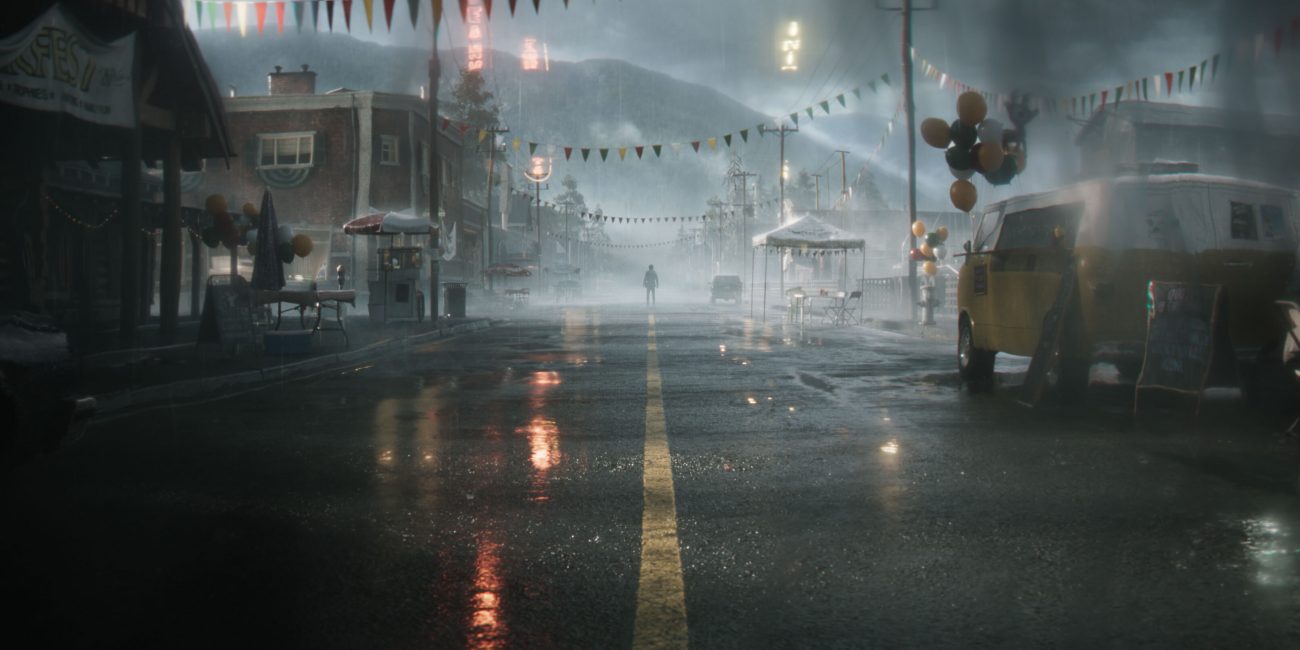 A familiar face appeared on screen at The Game Awards, and an equally familiar voice was heard. We are beyond excited to have finally reached the point of talking to you about what we’ve been working on for so long. Alan Wake is getting a sequel.

Trust us when we say that we appreciate your undying support for us and a certain writer through the years and believe us when we add that we at Remedy are just as fond of our lost hero as you are (wild, we know!).

Along with our partners at Epic Games Publishing, we have worked tirelessly to shed some light on what has long been obscured by darkness. After 11 long years, the writer’s return is a reality and the dangers lurking in the dark are even more sinister than the Taken roaming Bright Falls.

Alan Wake 2 has been written into reality and it’s coming your way in 2023 for PC via the Epic Games Store, PlayStation 5 and Xbox Series S|X. You read that right – Alan Wake 2 will be a truly next-generation experience.

Not only that, but Alan Wake 2 also turns up the level of dread as our very first dive into the survival horror genre, so expect a chilling experience with familiar psychological horror elements.

Now that the sequel has been announced and the trailer is out, we are going to go “dark” until Summer of 2022 when we’ll return to shed more light on the game.

Thank you for your support through the years. For now – back into the darkness we descend. In the meantime, we’re thrilled to leave you with the announce trailer.

Be careful out there. Monsters wear many faces.

To all of you getting ready to start your journey in Bright Falls,  Thank you!
We use cookies and similar technologies to offer you personalized experience when using our website and to recognize the visitors and to remember their preferences. We also use them to measure ad campaign effectiveness, target ads and analyze site traffic. Some of the cookies we use are necessary to help our website work properly. Other cookies we use are optional but support us, our partners and your experience in the website other ways, if you decline their use, our website may not work in an optimal way.
By clicking the “accept” button, you consent to the use of all the cookies. However, you may visit Cookie Settings to provide controlled consent. You may also manage the choices available and reject the cookies at any time by going to “cookie settings “ at the bottom of any page.
Cookie settingsACCEPT
Manage consent

This website uses cookies to improve your experience while you navigate through the website. Out of these cookies, the cookies that are categorized as necessary are stored on your browser as they are essential for the working of basic functionalities of the website. We also use third-party cookies that help us analyze and understand how you use this website. These cookies will be stored in your browser only with your consent. You also have the option to opt-out of these cookies. But opting out of some of these cookies may have an effect on your browsing experience.
Necessary Always Enabled
Necessary cookies are absolutely essential for the website to function properly. These cookies ensure basic functionalities and security features of the website, anonymously.
Functional
Functional cookies help to perform certain functionalities like sharing the content of the website on social media platforms, collect feedbacks, and other third-party features.
Performance
Performance cookies are used to understand and analyze the key performance indexes of the website which helps in delivering a better user experience for the visitors.
Analytics
Analytical cookies are used to understand how visitors interact with the website. These cookies help provide information on metrics the number of visitors, bounce rate, traffic source, etc.
Advertisement
Advertisement cookies are used to provide visitors with relevant ads and marketing campaigns. These cookies track visitors across websites and collect information to provide customized ads.
Others
Other uncategorized cookies are those that are being analyzed and have not been classified into a category as yet.
Save & Accept