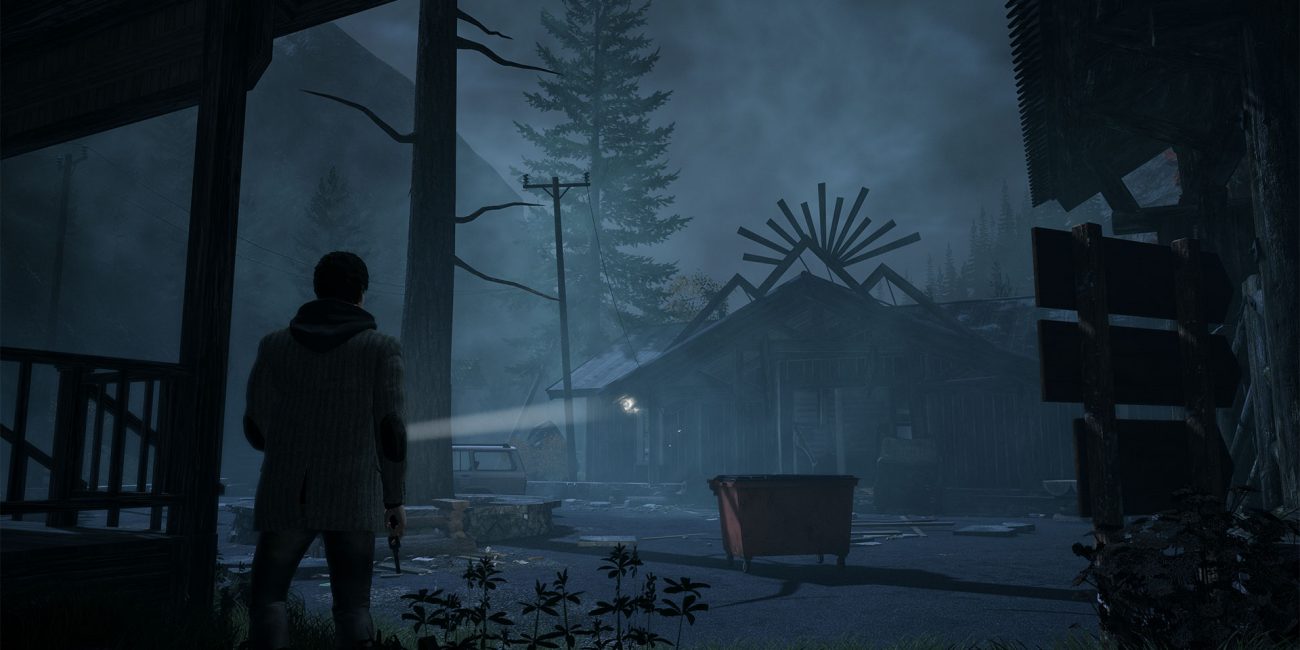 Your voices have been heard, and a long-kept secret is out. We at Remedy are excited to finally announce the long-awaited, much-anticipated Alan Wake Remastered – the complete Alan Wake experience.

Featuring both story expansions ‘The Signal’ and ‘The Writer’, Alan Wake Remastered is releasing on PC via the Epic Games Store, Xbox One X|S, Xbox Series X|S and for the first time ever – PlayStation 4 and PlayStation 5 with full DualSense support. The path has been long and shrouded in darkness, but the road ahead lies written. Dwellers of Bright Falls, veterans of the light, thrill-seekers of the future – this is for you.

The team and our collaborators over at d3t have been working hard to make the legacy of Alan Wake fit for a new generation. Those of you who are looking to revisit the quaint town of Bright Falls to experience a tale close to your heart, do not fret – Alan Wake Remastered will not alter what’s held dear by so many of you. We know that rewriting history has its consequences, and just like you, we’re not looking to bring the Dark Presence our way prematurely. Instead, Alan Wake Remastered brings back what you know and love in an elevated state, to give fans and those new to the tale alike a chance to experience Alan Wake in a new light.

Alan Wake Remastered includes the main game as well as its two separate story expansions – ‘The Signal’ and ‘The Writer’, all rendered in all-new 4K visuals. The game’s cutscenes, quirky cast of characters, and majestic Pacific Northwest vistas have all been enhanced for a visual impact that matches its unnerving atmosphere. The tense, episodic story is packed with unexpected twists, heart-stopping cliff hangers and jaw-dropping, intense bursts of combat where it takes more than bullets to banish the darkness that lies ahead.

The Alan Wake fans around the world are a strong, tight-knit community and we cherish the overwhelming support you have all shown us through the years. In fact, you can head over to the 10 years active Alan Wake community website The Sudden Stop, for a few words from our own Creative Director Sam Lake.

Make sure to join the passionate community yourself to keep up with the latest Alan Wake news on Facebook and Twitter, and don’t miss the Alan Wake Remastered announce trailer, first shown at the PlayStation Showcase.

This is for you.

Let us shed some light on what's to come.

On Alan Wake’s anniversary last May, we announced that Alan Wake Remastered would be coming to Nintendo Switch in the fall. Great news – Alan Wake Remastered is available on…
We use cookies and similar technologies to offer you a personalized experience when using our website and to recognize the visitors and to remember their preferences. We also use them to analyze site traffic and to enable certain third party hosted features, such as videos. Some of the cookies we use are necessary to help our website work properly. Other cookies we use are optional but support us, our partners and your experience in the website other ways, if you decline their use, our website may not work in an optimal way.
By clicking the “accept all” button, you consent to the use of all the cookies. You may alternatively click the “accept only essentials” button to consent only to the use of necessary and functional cookies. You may also visit Cookie Settings to provide controlled consent. You may also manage the choices available and reject the cookies at any time by going to “cookie settings“ at the bottom of any page.
Cookie settingsACCEPT ALLACCEPT ONLY ESSENTIALS
Manage consent

This website uses cookies to improve your experience while you navigate through the website. Out of these cookies, the cookies that are categorized as necessary are stored on your browser as they are essential for the working of basic functionalities of the website. We also use third-party cookies that help us analyze and understand how you use this website. These cookies will be stored in your browser only with your consent. You also have the option to opt-out of these cookies. But opting out of some of these cookies may have an effect on your browsing experience.
Necessary Always Enabled
Necessary cookies are absolutely essential for the website to function properly. These cookies ensure basic functionalities and security features of the website, anonymously.
Functional
Functional cookies help to perform certain functionalities like sharing the content of the website on social media platforms, collect feedbacks, and other third-party features.
Performance
Performance cookies are used to understand and analyze the key performance indexes of the website which helps in delivering a better user experience for the visitors.
Analytics
Analytical cookies are used to understand how visitors interact with the website. These cookies help provide information on metrics the number of visitors, bounce rate, traffic source, etc.
Advertisement
Advertisement cookies are used to provide visitors with relevant ads and marketing campaigns. These cookies track visitors across websites and collect information to provide customized ads.
Others
Other uncategorized cookies are those that are being analyzed and have not been classified into a category as yet.
Powered by